When Knighthood was in Flower, Ben-Hur: A Tale of the Christ, and The Crowd

My voyages back into the cinema of yesterday have brought me to a few fascinating places lately. In chronological order of their initial release, I saw: When Knighthood Was in Flower (1922), Ben-Hur: A Tale of the Christ (1925) and The Crowd (1928). For those that think that all black-and-white silent films are the same, trying seeing these three in a row. They couldn’t be more different from one another.

Aside from being the biggest hit of 1922 (a strange thing to type), Knighthood starred the legendary Marion Davies in the lead. This is the same Marion Davies that was the mistress of William Randolph Hearst, was a physical comedienne who did excellent comic work when allowed to, and who was ignominiously misrepresented in the character of Susan Alexander Kane in Citizen Kane.

The story is a surprisingly accurate telling of Henry VIII’s sister and her love life. Of course, liberties are taken right and left, but overall, the story of Mary Tudor is based on real events, and there are few major deviations. Davies is fine, and this film was her first hit. For modern viewers, perhaps the most intriguing aspect is the presence of a young, skinny William Powell, 12 years before The Thin Man. He plays a stereotypical part, and plays it stereotypically. But there he is, making his way up the Hollywood ladder. 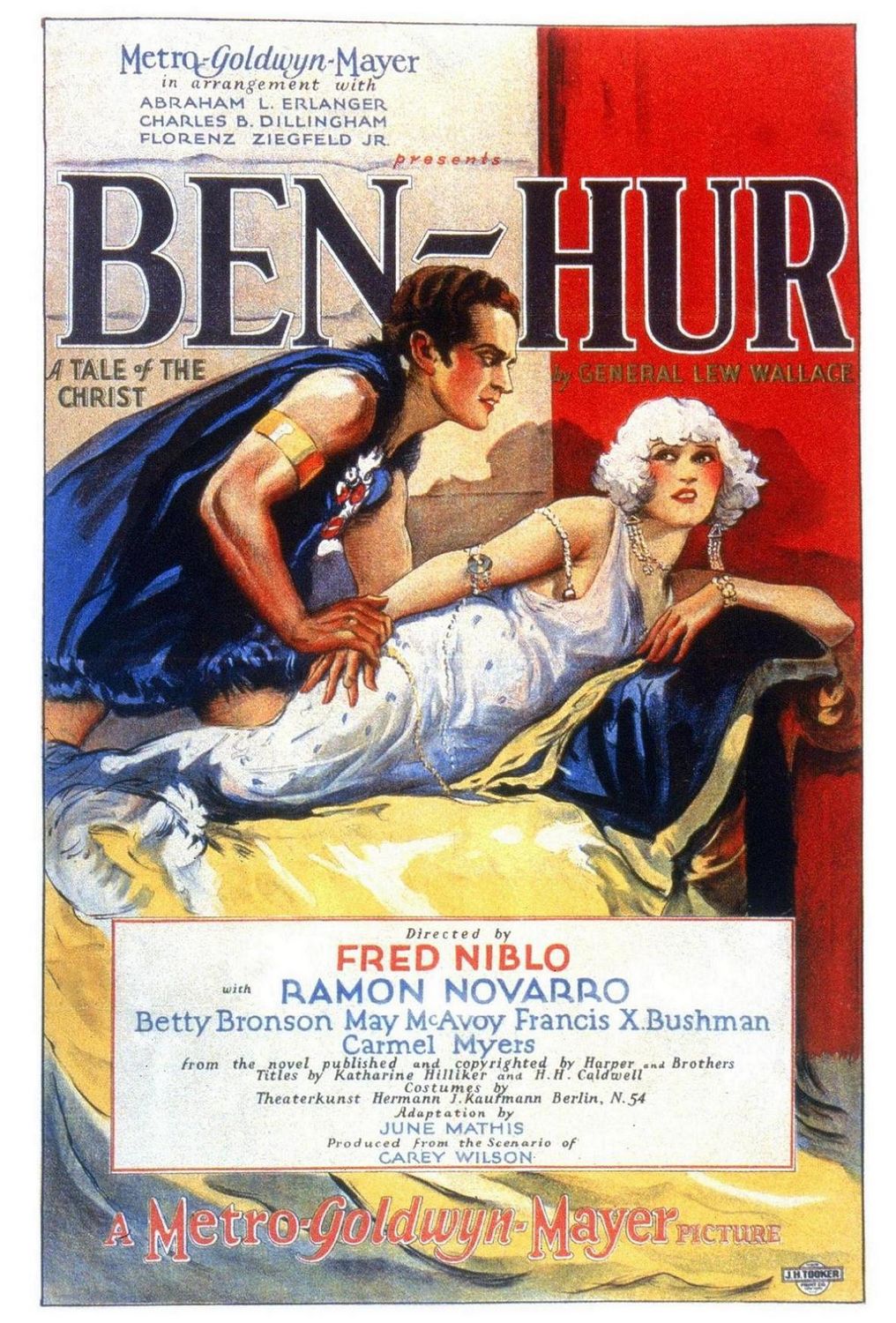 Ben-Hur was a revelation in its restored glory. Yes, it’s old, but it’s more exciting and has a more dazzling chariot race sequence than the rather bloated 1959 version. The sea battle in the former film beats anything in the latter, and more of the religious elements are included (if rather non-specifically and even dated for then). Ramon Navarro as the title character carries the film as least as well as Charlton Heston did years later, even if Heston was five inches taller and more physically imposing.

The film is more episodic than the later version, and more oriented toward the occasional tableau. But that doesn’t affect the enjoyment of viewing it, and the beautiful tinting job done for the DVD is lovely and reminds us of how artists approached color in the pre-three-strip Technicolor era. This is the best-looking two-strip Technicolor work this author has ever seen.

The film hews close to the melodramatic style common to early sound films. But the overall effect is that this film is more moving than the 1959 version. Some of the quiet scenes are hushed and gently touching in a way the later wide-screen epic couldn’t approach. The back-story to the film tells the story, for those familiar with it, of a complete mess and a great deal of wasted money. It’s something of a miracle that it was completed at all. The fact that it is a cinematic triumph comes close to the impossible. For anyone wanting to see one old-fashioned epic, this might be the most enjoyable and best choice.

The Crowd, on the other hand, is something completely different. Coming at the tail end of the silent era (The Jazz Singer had come out the year before), the film functions as a gritty and realistic (if not downright depressing) tale of the common man, and is a virtual panoply of dazzling camerawork—one of the last such demonstrations before sound came in and locked down the camera. Apparently when French New Wave director Jean-Luc Godard was asked why more films weren’t made with “ordinary people,” he is reputed to have said, “The Crowd had already been made, so why remake it?”

Director King Vidor was able to make this stark, big-budget art film because of his success with The Big Parade (https://film-prof.com/2017/07/16/the-big-parade-1925/). It addresses hopes and dreams, men and women, failures, the so-called American Dream, bad luck, and getting lost in “the crowd.” Turn-of-the–century New York City is a major character in the film, easily as much as the two leads. One lead was Vidor’s second wife, Eleanor Boardman, who is a little too Mae Marsh in Intolerance in the early part of the film (too many fingertips to the lips), but who develops her character beautifully and believably as the film goes on. It’s quit a mature performance. Vidor wanted an unknown for his male lead, and found one in James Murray, who became a star overnight with his performance here and seemed headed for a long and successful career. Unhappily, his alcoholism, apparently an issue while this film was made, became the monster that took him less than a decade later, after small and even uncredited parts in a variety of lesser films. Seeing his talent, energy and youth on display adds an extra frisson to a film that is already something of an emotional challenge to watch.

My journey through the silent continues. I’m back at 1920 at the moment. For anyone hesitant to go back there, remember that acquired tastes are often the tastiest.

Retired (associate) pastor at a Christian church. Retired film professor at Rochester Institute of Technology. Husband for 45+ years to the lovely and talented Diane. Father to three children and father-in-law to three more amazing people. I continue some ministry duties even though retired from the pastoral position. Right now I'm co-writing a book, working on a documentary (screenwriter and assistant director), and creating a serious musical drama (I am writing the book and lyrics).
View all posts by Mark DuPré →
This entry was posted in Film Reviews, Older Films and tagged Ben-Hur: a Tale of the Christ, Charlton Heston, Citizen Kane, Eleanor Boardman, Henry VIII, Intolerance, James Murray, Jean-Luc Godard, King Vidor, Mae Marsh, Marion Davies, Mary Tudor, Ramon Navarro, Susan Alexander Kane, The Big Parade, The Crowd, The Jazz Singer, The Thin Man, two-strip Technicolor, When Knighthood Was in Flower, William Powell. Bookmark the permalink.